He was ordained in 1974 and since then has ministered in South-west London, Kent, Jersey and Weymouth. He has been privileged to see churches grow in numbers and discipleship as members have reached out to communities with the love and the Gospel of Christ. Mike has a Masters degree in Missional Leadership.

Mike has experience in leading a small church through a period of substantial growth. His ministry has also included leading a church through a period of healing and into a time of significant growth and development following a major split prior to his appointment. Before having to take medical retirement Mike was Team Rector heading up a team of six churches with four colleagues and a total membership of well over 800.

The past ten years has focused on supporting leaders and their wives/husbands from across denominations and also preaching across denominational boundaries. He has been consulted by those seeking mentoring or spiritual direction, and those wanting help and encouragement in discerning God's direction for the future of their church or needing to discuss how to work through difficulties within their churches constructively.

Overseas ministry has included church leaders’ teaching conferences together with preaching in India, Latvia and six African countries and teaching at a small Bible college in South Africa.

Mike is proud to be a Yorkshireman, even though he left the county when he was two - so lacks the accent! In his working career he started out as a primary school teacher on a council estate in the London Borough of Lewisham, which certainly added to his own education! His three years teaching followed an eventful three years at Goldsmiths’ College, London.

First, Mike ‘transitioned’ from a nominal faith to a personal relationship with Jesus Christ through what he saw in the lives of the leaders and the biblical teaching he heard. Joining the Billy Graham Life and Witness classes in preparation for the meetings at Earls Court in 1966 proved a real boost for his early growth as a Christian.

Second, having vowed to be bachelor, that same year he met an attractive first year student named Angie, who in 1969 became his wife! Angie had come to Christ as a teenager whilst worshipping at St. Mary’s, Reigate. Whilst still students they worshipped at All Souls Langham Place, Central London, for two years, where they benefitted from the preaching ministry of John Stott at a very formative time in their lives. The first time they went there he preached on Genesis 2 - The Biblical basis of marriage - but they did not take that as instant guidance!

Third, whilst still at Goldsmiths, the sense of God’s call to ordained ministry started, although it was not until 1971 that they moved to Wycliffe Hall, Oxford, for Mike to study.

Angie retired from full time teaching in 2008 having been a primary school teacher with responsibility for special needs for many years. She still does some part time teaching and also is a school governor. She knows well the opportunities, challenges and pressures of leadership in church and school. She and Mike often spend time supporting and encouraging couples to work through some of the challenges they face.

Interests, besides enjoying family times include a varied taste in music, rugby (union variety), cricket (when it’s as exciting as the Indian Premier League!), and travel. They love entertaining and meeting people of different nationalities and ethnicities. 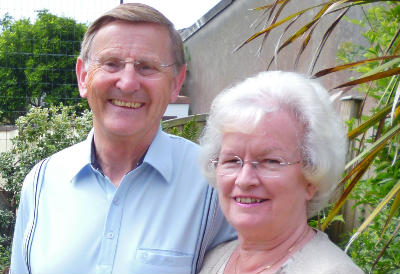 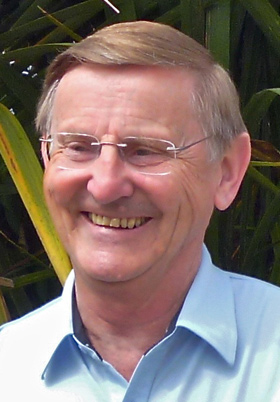