Allen is married to Jean who as a committed christian supports him in his ministry, and they have two grown up daughters and two grandsons.

After studying Mechanical Engineering at the University of Wales, Cardiff, Allen carried out research into heat transfer related to the Space Shuttle Programme and as a NATO visiting Professor coordinated a working Group reviewing research related to the design and operation of large windtunnels.  After a period in the Royal Navy lecturing in heat transfer and fluid mechanics, he joined the United Kingdom Atomic Energy Authority in 1982.  Over the next 30 years he held a number of senior posts as: Head of Nuclear Operations at their Winfrith Site, Head of Projects, Quality and Safety for their Southern Division covering UKAEA Sites at Windscale, Harwell and Winfrith; Director of Active Operations and Safety for AEAT Nuclear Science Business; Head of Decommissioning for Harwell and Head of Safety and Environment and Department Manager Active Operations for UKAEA Culham which is the centre for the UK Fusion research programme and the location of JET the Joint European Torus, currently the world’s largest fusion reactor.

Allen came to Christ as a teenager, but as with many this lapsed during his late teens and early twenties to be renewed in 1976 when their son was still born.  As he and Jean together were coming to terms with the sense of loss and looking for meaning in their sons all too short life, they felt a sense of God’s presence comforting them in their grief and giving them hope in their despair.  This led to a new commitment to Christ and to sharing his love by using their experience as a support to others.  When Allen left the Navy he and Jean moved to Weymouth where they both became more involved with the Church and after training Allen was licensed as a Lay Minister.  Allen and Jean also provided support as befrienders to couples whose babies had been still born.  On moving to Oxfordshire he felt God’s call to the ordained ministry and after further training was ordained in 2002.  Since then he has ministered in an Ecumenical Anglican/Baptist church and also more traditional Anglican Churches, carried out chaplaincy work in Europe and also been a tutor for ordinands on the Oxford Ministry Course, while at the same continuing in full-time secular employment. 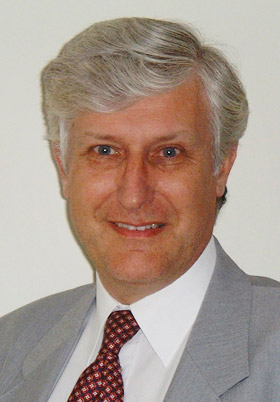